You are here: Home / Archives for Quadratic Equation Axis of Symmetry 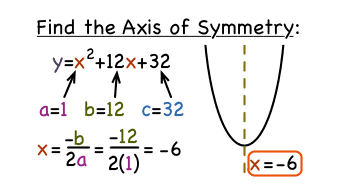 For instance, if we have the stand quadratic equation as y = ax^2+bx+c then we will have the axis of symmetry as x = (-b/2a). So, in a similar way, we may have a different axis of symmetry as per the prevailing equation. Furthermore, in the graphical representation of the quadratic equation, the vertical parabola will mean vertical symmetry. You may check the several other examples and questions based on the Quadratic Equations. 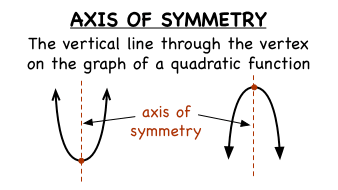